Sandbanks is a small peninsula crossing the mouth of Poole Harbour on the English Channel at Poole, Dorset, England.

Sandbanks Beach is arguably the best beach in the UK for its soft golden sand, crystal clear water, breath-taking views and commitment to the environment. It has enjoyed coveted Blue Flag status for 31 years in a row, having first received the award in 1987.

There are around 800 households in Sandbanks with an eclectic mix of people from all walks of life. Many are permanent residents whilst others have holiday homes. In addition, there are millions of visitors throughout the year enjoying Sandbanks and the surrounding area, many of whom are families who have been coming for generations.

Residents and visitors alike share a love of the area which notably includes Poole Harbour, the beaches and heathland of Studland, the Purbeck Hills and nearby Jurassic coast; a large part of which is designated an Area of Outstanding Natural Beauty.

A Brief History of Sandbanks

Sandbanks peninsula is literally nothing but sand. The sand was washed by the tides from cliff erosion further along the coast of Poole Bay. It eventually formed a spit of sand dunes partially obstructing the mouth of Poole Harbour, claimed to be the largest natural harbour in the world except for Sydney Harbour.

Although there may have been temporary shelters built by fishermen and wildfowlers, the first substantial building on what was regarded as a ‘remote and desolate headland’ was the lifeboat house in 1865.  The boat crew still had to be transported from Poole Quay by horse-drawn cart down unmade country lanes and along the harbour foreshore, so launching was not instantaneous!  Next, in 1876, came the row of coast guard cottages which still exist today and, in 1880, the Haven Hotel opened its doors, even though guests had to make their way across the sand dunes to reach it.

By the 1890s there was a serious risk that the neck of the peninsular would be breached by the sea, so silting up the main harbour entrance and cutting off Poole’s maritime trade.  The Council’s engineer recommended the construction of groynes along the sea frontage, but the landowner, Lord Wimborne, did not want the expense of doing this.  He offered the major part of the peninsular to the Council at a nominal cost, if it would do the work. It was accepted by the newly-formed Harbour Commissioners who, in 1896, put the first residential building plots up for auction to help recoup the cost of the sea defences.

In those early days, Sandbanks tended to attract people who wanted something different from their home, something a little more remote, closer to nature and more spirited. Initially, many properties were wooden shacks without any services or facilities, used as holiday homes.  In 1906 Poole Council minutes recorded that "The Bohemianism of the several residents of Sandbanks is noted." A local newspaper later reported that "yet again the dwellers of Sandbanks are said to be outside the pale of the law" as they cheerfully ignored Council rules and regulations. Something of that spirit of independence remains today.

By 1911 all Sandbanks roads had been laid but it was only after WWI that the area really gained in popularity, helped by the opening of the steam-driven chain ferry to Studland in 1926, and a significant number of new houses and bungalows started to appear.

The area’s progress was halted by the Second World War when it became a restricted military zone and those residents who remained had to have a special pass to get to and from their homes. It took until the 1960’s and the lifting of post-war restrictions on building materials for development on the peninsula really to take off in a form that would be recognisable today.  Even so, Poole’s Town Planners always fought hard to restrict the height of any development to below the tree line, to preserve something of the original atmosphere.

We are indebted to local historian Jeremy Waters for correcting an earlier version of this brief history. Any remaining errors remain ours alone. 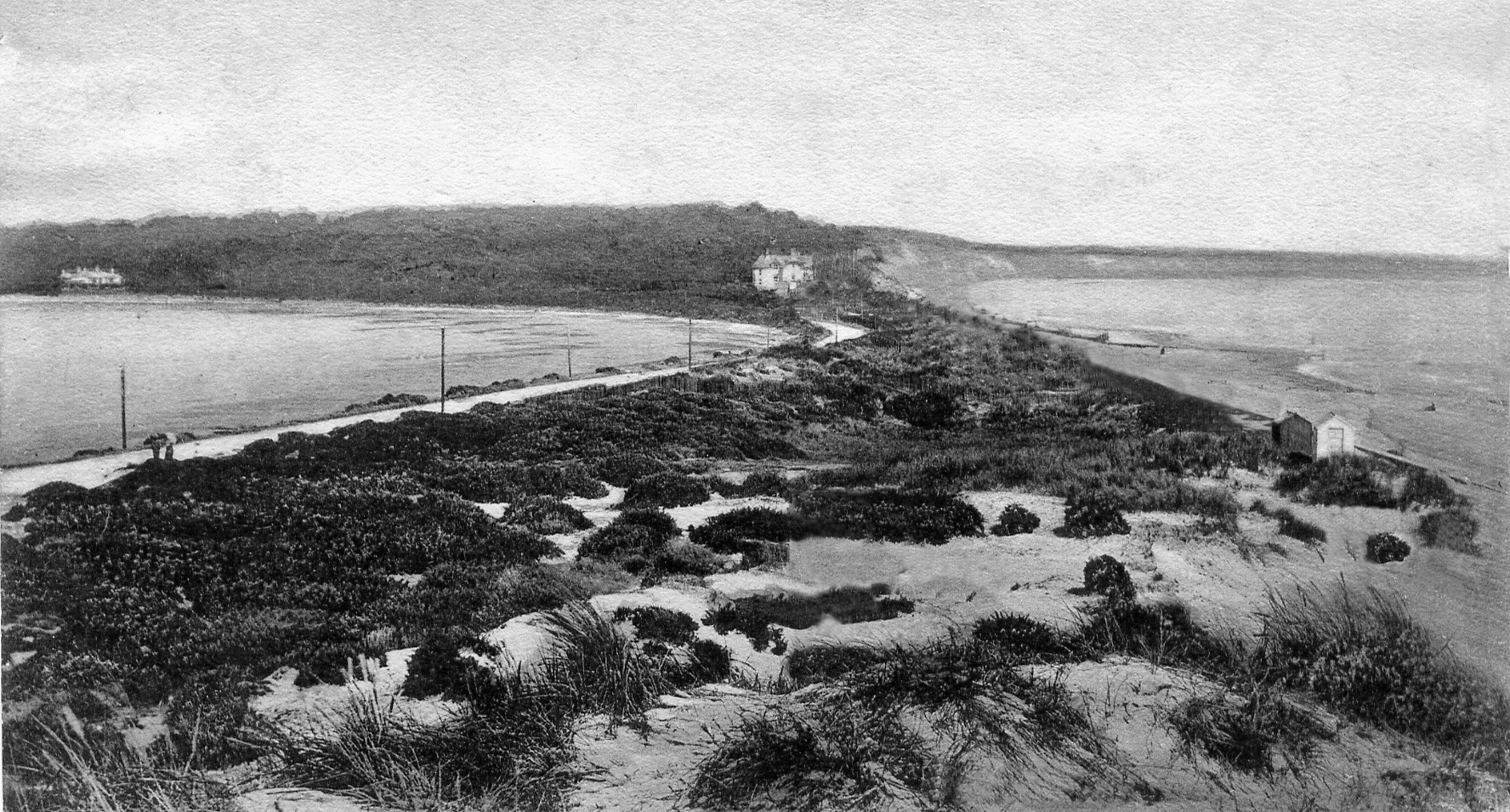 Postcard sent 1907 showing the sand banks as they were. House in distance is Sand Acres, built in 1880's and now part of Sandbanks Hotel. Right: Haven Road (now Banks Road) before WWI. Brownsea Road off to right. Marconi's radio mast can be seen next to Haven Hotel in distance 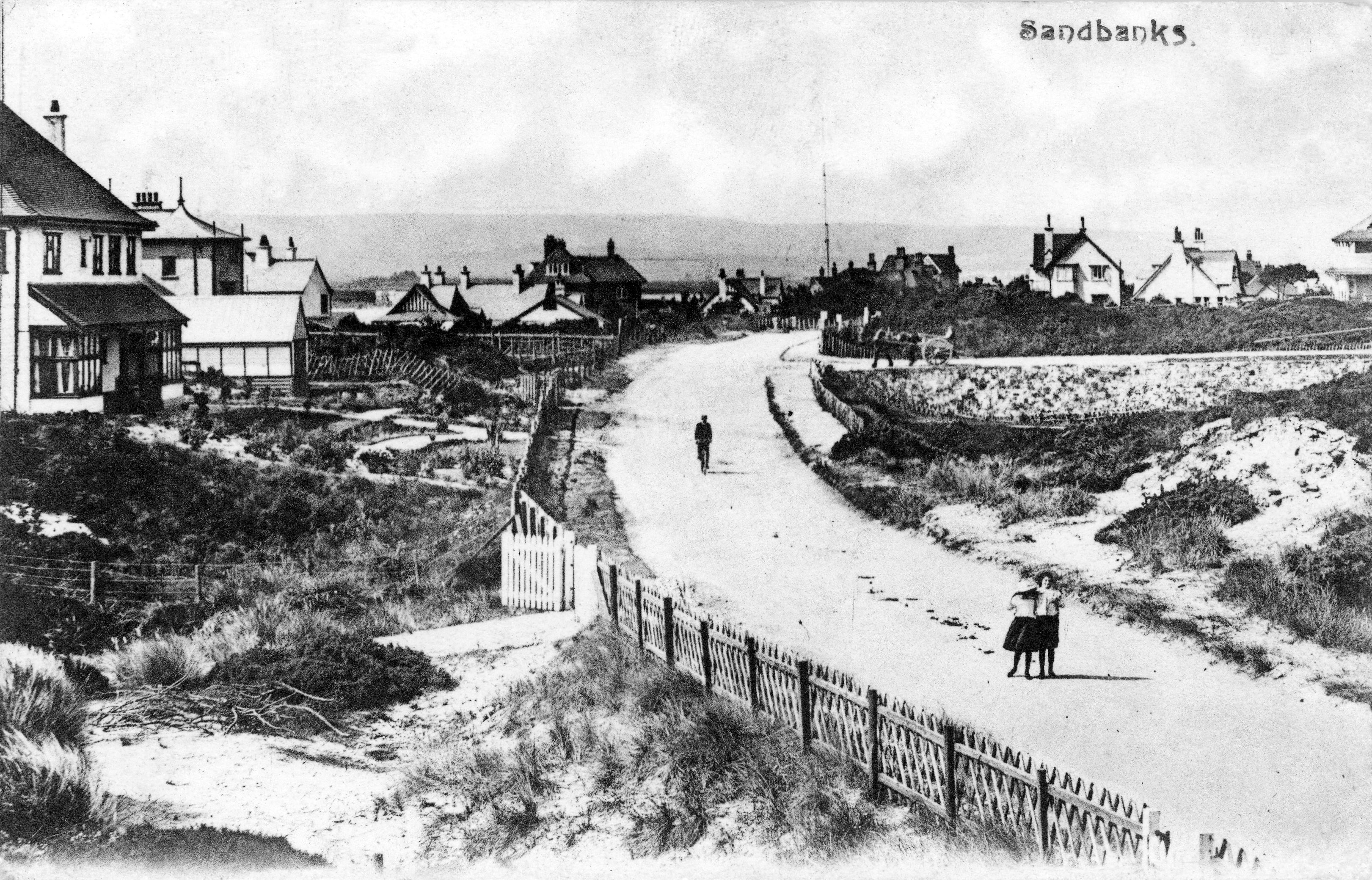 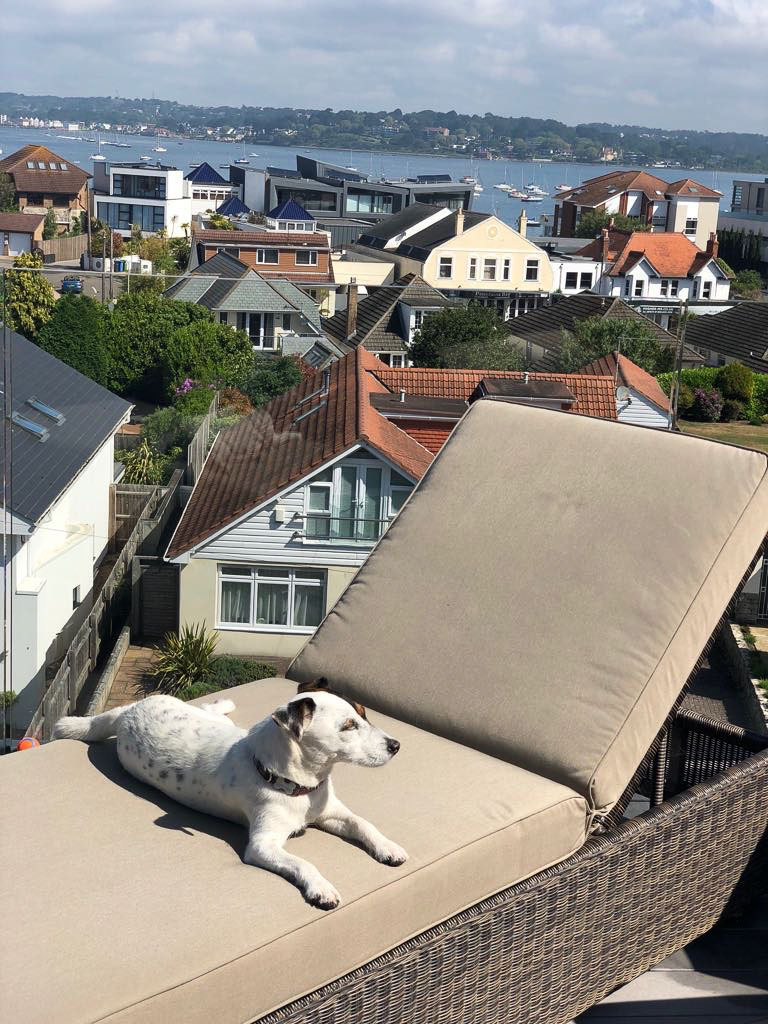 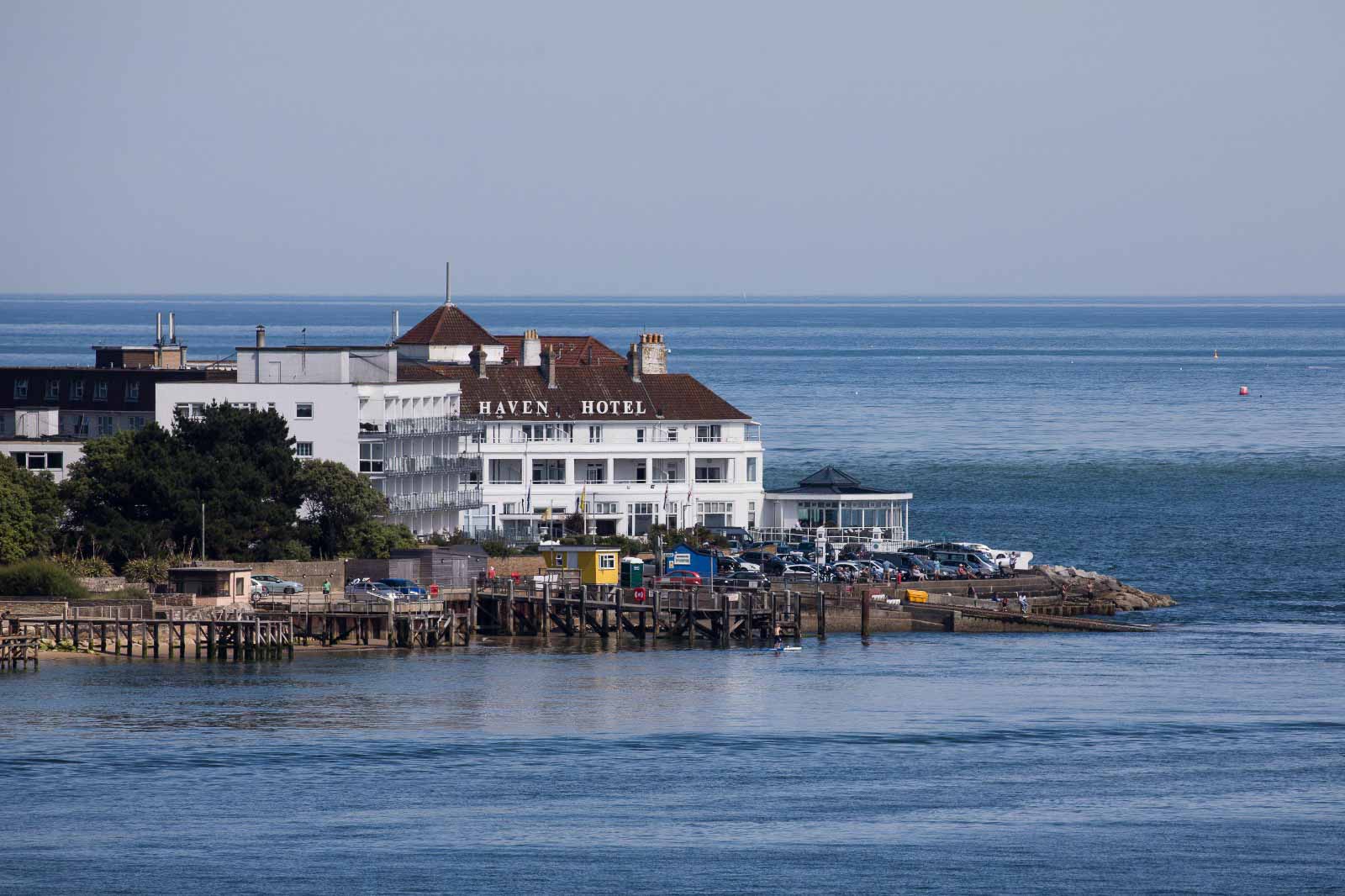 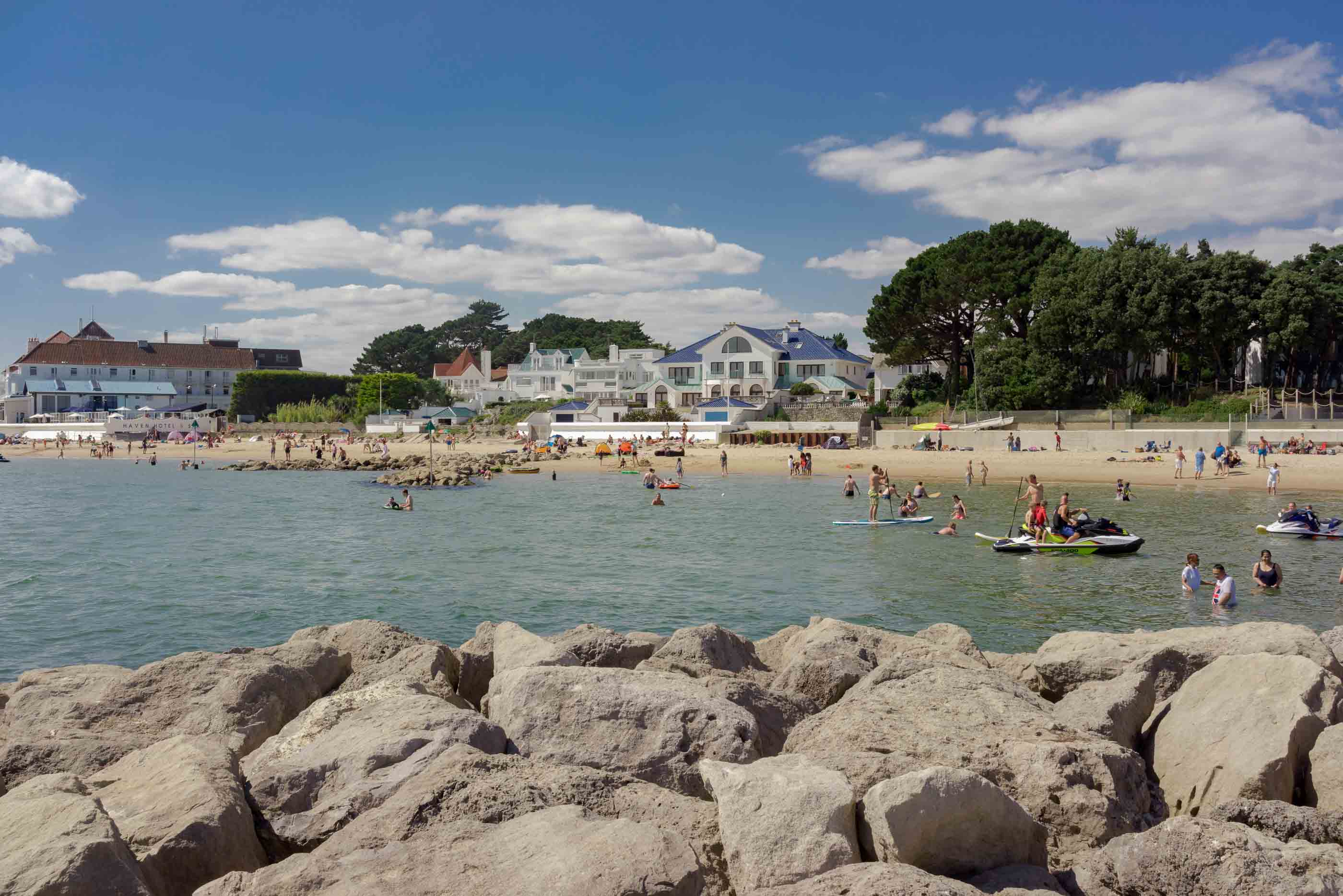 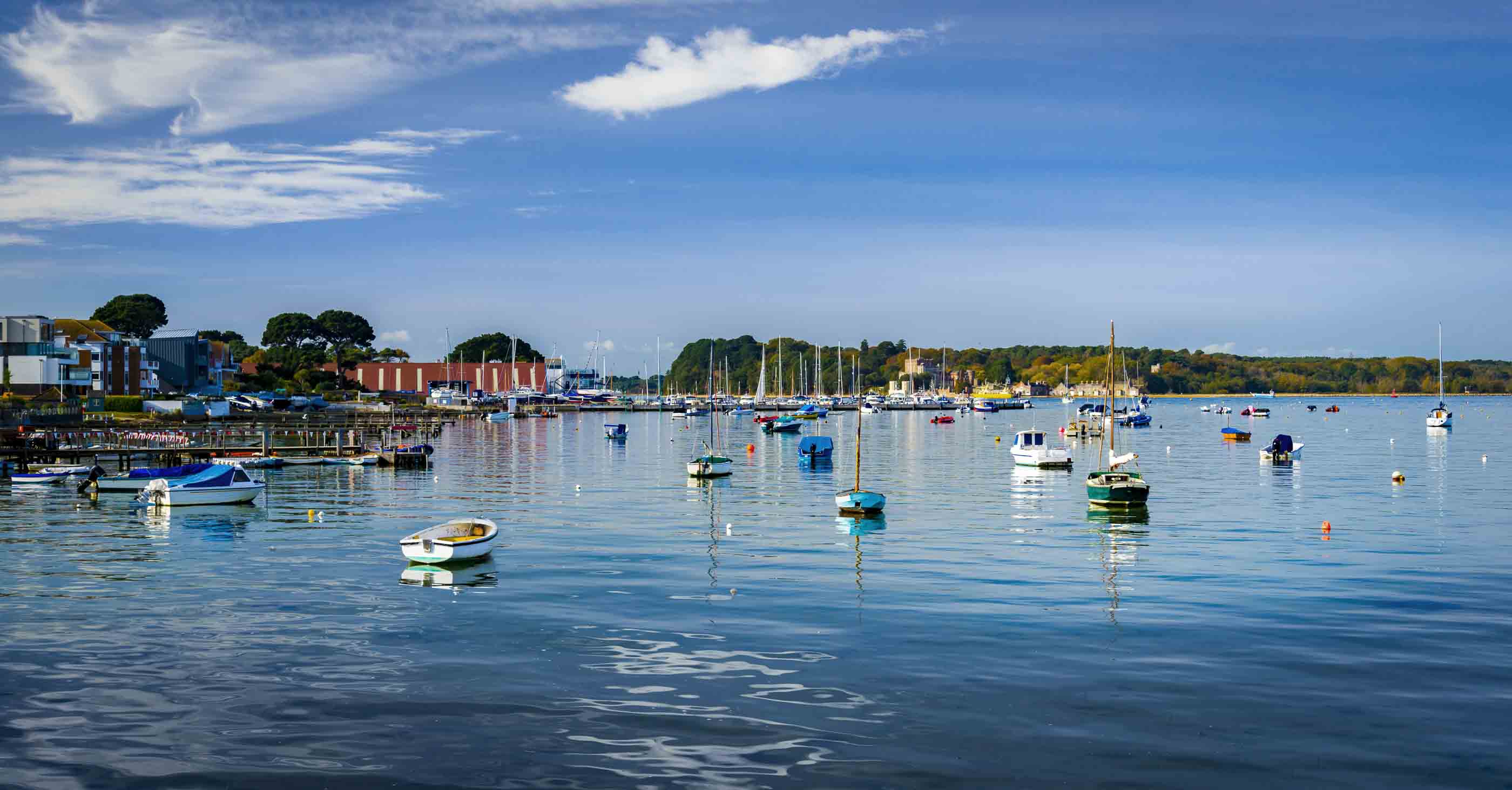 View of Sandbanks on left across Poole Harbour towards Brownsea Island 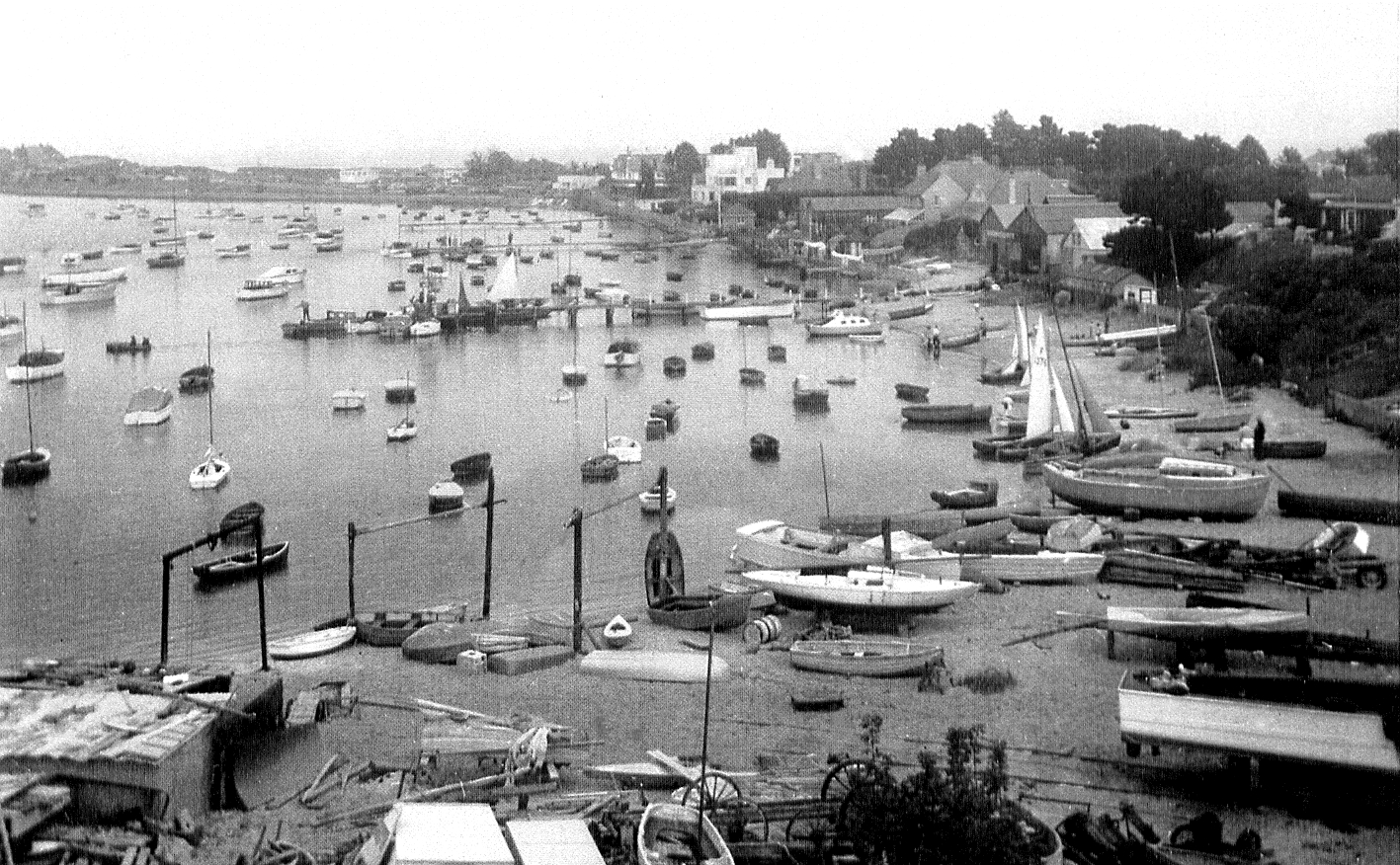 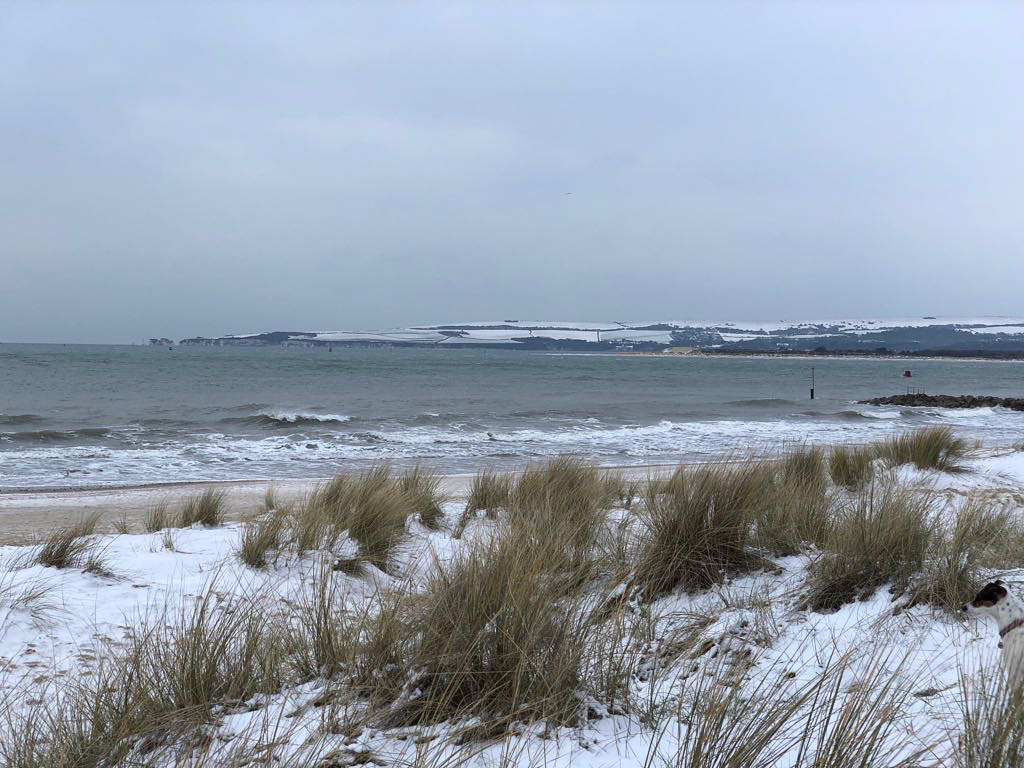 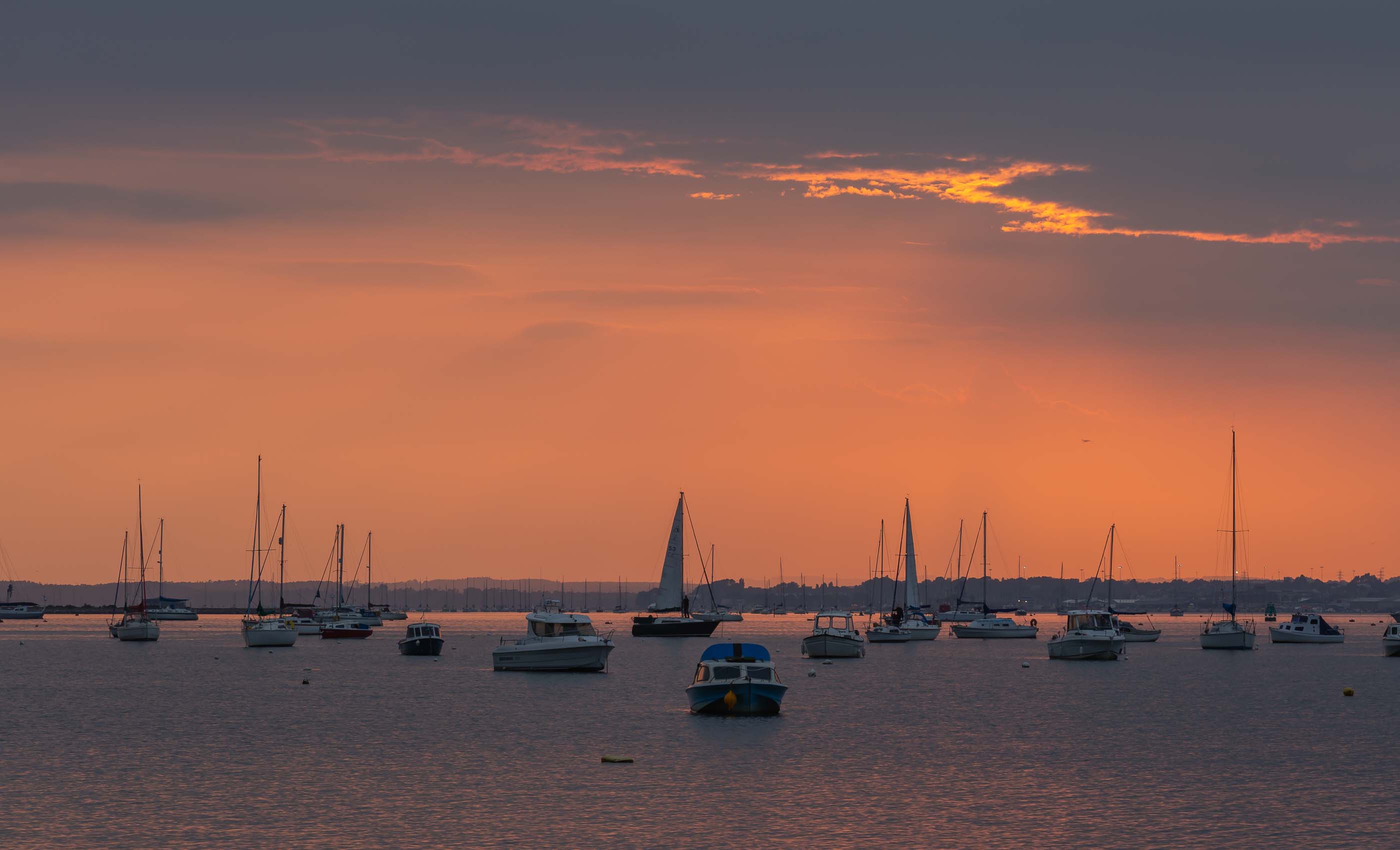 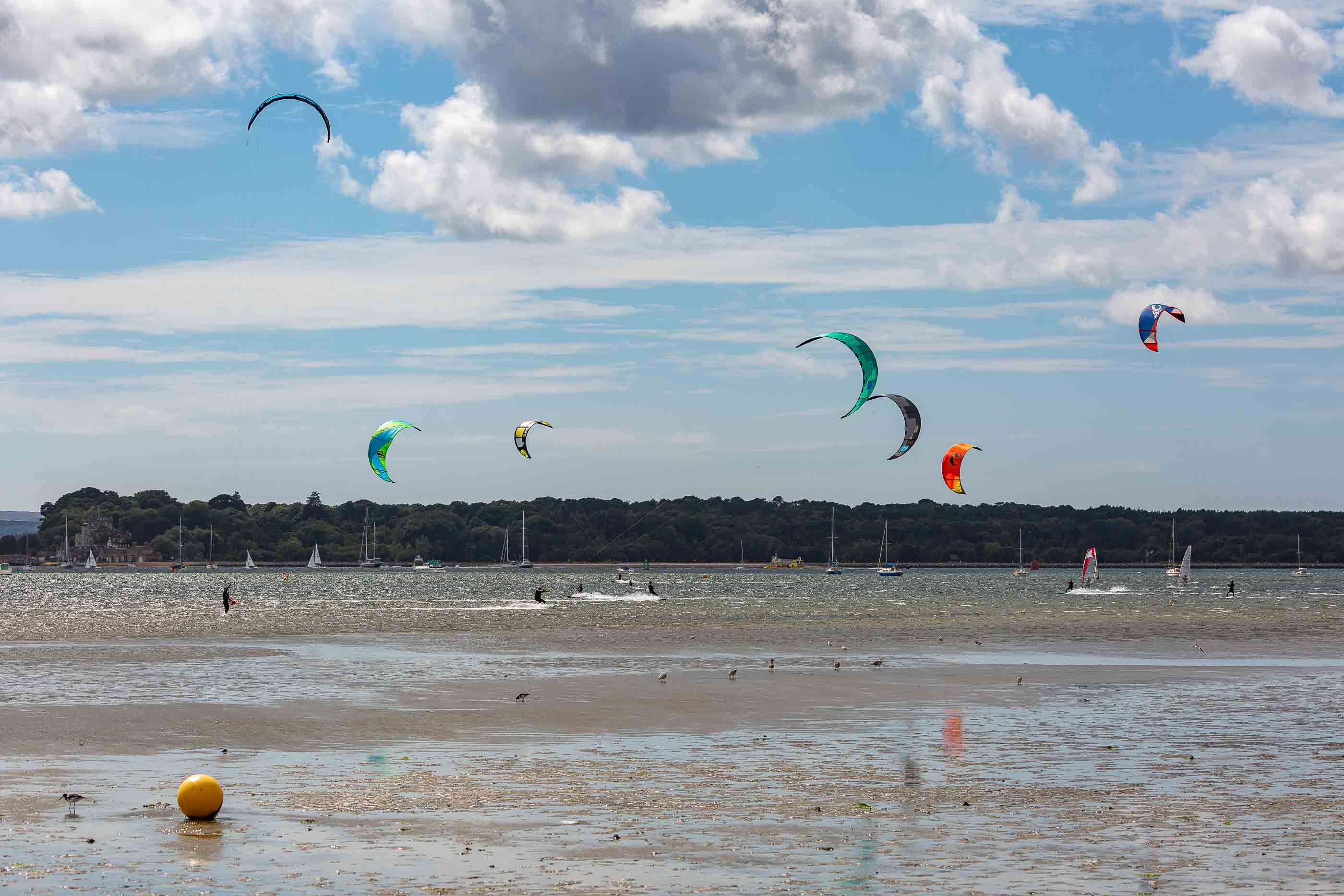 Ready to become a member?